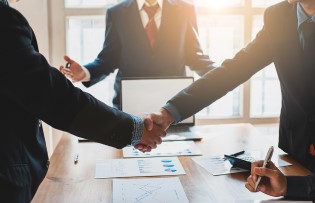 Please use this application to apply to be considered for mediation rosters for trial
courts in the NYS Unified Court 100 System.

Apply to Mediate for a NYS Trial Court Roster

The New York State Unified Court System (NYS UCS) serves a wide variety of litigants, including persons of varying age, race, ethnicity, national origin, gender, sexual orientation, physical or mental ability, religion, socioeconomic and family status. The Court recognizes that neutrals with a wide variety of cultural and life experiences enrich the alternative dispute resolution (ADR) process by bringing diverse perspectives to resolving disputes. To accomplish these goals, it is important that the NYS UCS’s ADR Programs attract and retain neutrals who represent a broad range of personal and professional backgrounds to better serve and instill confidence in participants in the alternative dispute resolution process. To that end, qualified applicants of all backgrounds and experiences are encouraged to apply for admission to NYS UCS ADR Programs.

Mediators who are currently listed in the directory may update their records using this form or by reaching out to a court staff person who oversees a roster on which they serve.