For more information and to register Email:volunteerattorneys@nycourts.gov

The program will operate on a limited basis from June 2022 to August 2022, in Albany, Columbia, Rensselaer, Ulster, Broome, Tompkins, and Chemung Counties as well as Erie County Surrogate’s Court. Unrepresented court users can schedule a time to meet with a virtual court navigator by completing an online intake form.

Each year on May 1st, the United States of America observes Law Day to celebrate our legal system and the freedoms we enjoy. In celebration of Law Day, the Office for Justice Initiatives’ Division of Access to Justice invited high school students in New York state to participate in an art contest. The contest sought original artwork inspired by this year’s Law Day theme, “Toward a More Perfect Union: The Constitution in Times of Change.” The winner of the NYS Unified Court System’s Office for Justice Initiatives Division of Access to Justice’s 2022 Law Day Art Contest is Julianna, a tenth-grade student in New York State. Congratulations Julianna!

For a limited time, the artwork will travel to courts within the 5th Judicial District and will be on display for the public to enjoy.  See the dates and locations below.

Julianna’s artwork is titled “Be Fierce and Pierce.” 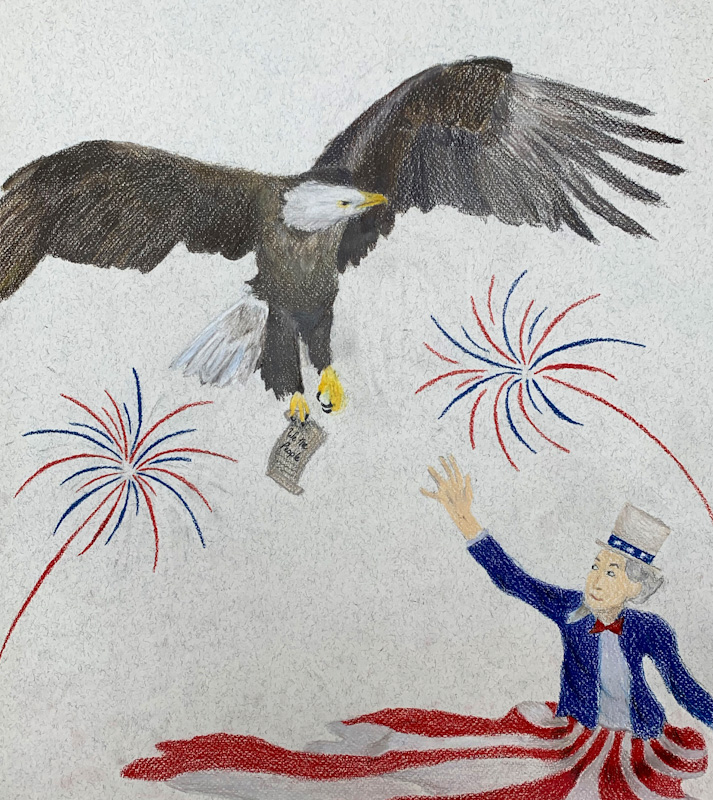 Artist’s description: The bald eagle represents the U.S. Its talons are piercing the [U.S.] Constitution to show the power of change. Uncle Sam is smiling as he melts away with the old. He is happy and accepting of change.

The Office for Justice Initiatives has partnered with the Brooklyn Public Library (BPL) to provide the public with a series of Know Your Rights workshops. On Thursday, April 7, 2022, the event focused on Child Support in New York City and was facilitated by Jane Matchak, from Brooklyn Public Library’s Justice Initiatives team. Presenters included Tracy Woods-Trudden, Assistant Deputy Chief Clerk, Queens Family Court and Jessica Stadmeyer, Director of Legal Resources and Community Engagement at LIFT (Legal Information for Families Today). The presenters discussed current protocols and procedures for court hearings and described how to navigate the child support process without an attorney. The workshop was livestreamed on BPL’s YouTube Channel and is available at: Know Your Rights: Child Support.

The Office for Justice Initiatives has partnered with the Brooklyn Public Library (BPL) to provide the public with a series of Know Your Rights workshops. On Thursday, January 6, 2022, the event focused on Tenant’s Rights and Evictions in New York City in 2022. The virtual event provided updated information from a November 2020 workshop provided on the same topic. This month’s event was facilitated by Jane Matchak, from Brooklyn Public Library’s Justice Initiatives team. Presenters included Hon. Cheryl Gonzales, Supervising Judge, Housing Court, NYC Civil Court, Kings County; Kristie Ortiz-Lam, Director of the Preserving Affordable Housing Program at Brooklyn Legal Services Corporation A; and Katie Brennan, Senior Supervising Attorney, Tenant Rights Unit at the New York Legal Assistance Group (NYLAG). The presenters discussed current protocols and procedures for court hearings, and the eviction moratorium. The event was live-streamed on BPL’s YouTube Channel and is available at: Know Your Tenant’s Rights.

The video and transcript are available at: Video | Transcript 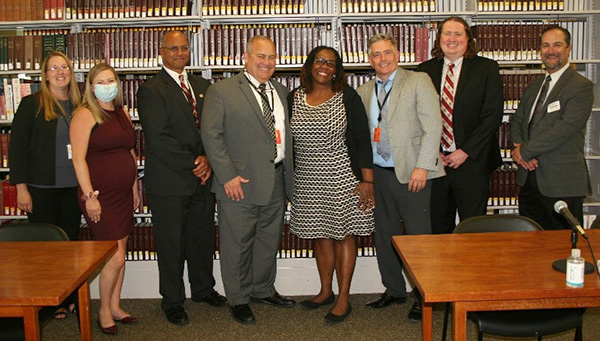 In June 2020, Chief Judge Janet DiFiore commissioned former President Obama Administration Cabinet member Jeh Johnson to conduct a thorough review on issues of racial bias and discrimination within the New York State court system. The ensuing report from Secretary Johnson and his team at Paul, Weiss, Rifkind, Wharton & Garrison set forth 13 distinct recommendations on how we can combat racism within the courts and promote a more fair and equitable justice system for all. Deputy Chief Administrative Judge (DCAJ) for Justice Initiatives Edwina G. Mendelson, who oversees the Office for Justice Initiatives (OJI), has been appointed to lead the implementation of these recommendations. DCAJ Mendelson provides detailed information on the Equal Justice in the Courts' initiative and work of OJI in her recently released A Call to Action: Advancing Equal Justice in New York’s Courts. The message is being distributed to local affinity groups and judicial and bar associations, as well as internally within the New York State court system. “We welcome all input going forward on our efforts to realize equal justice within the court system.”

In February 2021, the Office for Justice Initiatives launched a brand new webpage on www.nycourthelp.gov dedicated to providing unrepresented court users with access to a survey created by the NYS Permanent Commission on Access to Justice, Reimagining the Future of the Courts Committee. The survey asked unrepresented court users, about experiences they had with virtual hearings, technology, understanding the court process, feelings about the outcome of the interaction with the court, and more. The survey was optional, anonymous, and was not connected to current or future cases that a person may have had. The survey was closed in July 2022. The answers provided will be used by the Permanent Commission to make recommendations to improve future court experiences.

FREE Virtual Uncontested Divorce Volunteer Lawyer Program
A volunteer lawyer program offering virtual assistance with Uncontested Divorces in NYC was launched in December 2020. This free program prepares divorce papers through video conferences for people with no children under 21 whose marriage has been over for at least six months, who have agreed to an uncontested divorce, and who knows where their spouse lives. A stable internet connection, a computer, smartphone, or tablet are required to access the program. See the Virtual Uncontested Divorce Volunteer Lawyer Program flyer for more information and to learn how to apply for help.