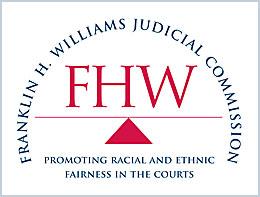 Dismantling Systemic Racism in the Courts

The Franklin H. Williams Judicial Commission, which is celebrating its Thirtieth Anniversary this year as a permanent commission in the New York State court system promoting racial and ethnic fairness in the courts, held a recent Town Hall to provide the court family an opportunity to engage in honest and meaningful dialogue with the goal of eradicating systemic racism and bias from our court system, discuss the implementation of the recommendations in Secretary Johnson’s Report, address issues faced by members of the court system and find possible solutions to those issues. Professor Deborah N. Archer, Professor of Clinical Law and Co-Faculty Director of the Center on Race Inequality and the Law at New York University School of Law, and a nationally recognized expert in civil rights and racial justice, served as the Town Hall’s keynote speaker.

Former Department of Homeland Security Secretary Jeh Johnson was appointed as Special Adviser by Chief Judge Janet DiFiore to conduct an independent review of issues of institutional racism in the New York Court System. After conducting an in-depth review of existing polices, practices and organizations within the New York State court system, Secretary Johnson has issued a detailed report with recommendations aimed at advancing diversity and inclusion within the court system and ensuring equal justice under the law. Recommendations include, among others: (1) establishing a “zero tolerance” discrimination policy that specifically addresses racial bias; (2) developing and mandating comprehensive bias training−with a strong focus on implicit bias, racial bias and cultural sensitivity−for judges and non-judicial employees alike; (3) implementing a social media policy; (4) implementing reform to address and alleviate issues of racial bias in jury selection and deliberation; (5) strengthening the court system’s mechanisms for making bias complaints, and raising awareness among court employees, litigants and other court users about the procedures in place to lodge a bias complaint; and (6) enhancing human resources practices to improve diversity and inclusion within the court system workforce. The report recognized the Commission’s efforts over the last three decades to address diversity and equal justice in the court system. The report endorsed the continued mission of the Franklin H. Williams Judicial Commission, recognizing the need for a broader platform, further incorporation into broader initiatives of the Office of Court Administration, increased consultation and face-time with court leadership and more funding in order to carry out its mission.

The Judicial Friends Association, an association of Black and other minority judges, recently released a comprehensive Report on Systemic Racism in the New York Courts. The Report consists of a compilation of interviews and research regarding the perpetuation of systemic racism within the court system. The Report includes statistics detailing the number of Black judicial and non-judicial staff over the last several years, which indicate a lack of diversity in the court system, particularly in key positions of authority. In addition to identifying the sources of systemic racism and unconscious bias within the court’s existing policies and practices, the Report provides numerous recommendations to eliminate institutional racism and the effects of unconscious bias with the goal of fostering a more inclusive and welcoming court system.

Report of the Latino Judges Association

The Latino Judges Association, founded in 1988, works to increase diversity on the bench, encourage judicial service among Latinos, recognize achievements of Latino judges, and educate the public about the judicial system and the role of Latino judges. The LJA recently released a comprehensive report, which includes statistics detailing the number of Latino judges in the New York Courts over the last decade, and which found that Latinos were underrepresented in the judiciary, including administrative positions and various court Committees and Task Forces. The report included a number of recommendations with the goal of increasing judicial diversity and promoting equal justice and equal representation in the courts.

Civic Engagement and You

Championing Justice in the Courts

The Franklin H. Williams Judicial Commission joined with the Richard C. Failla LGBTQ Commission to publish a letter in the New York Law Journal regarding our renewed commitment to the missions of our respective Commissions of ensuring diversity and justice.

Promoting Diversity in the Court System

The Co-Chairs of the Commission, Appellate Division Justices Troy K. Webber (First Department) and Shirley Troutman (Fourth Department), participated in a Continuing Legal Education program, entitled “Promoting Diversity in the Court System – The Franklin H. Williams Judicial Commission,” hosted by the Diversity Committee of the Rockland County Bar Association. The Co-Chairs discussed the Commission and its purpose, shared insights about their personal journeys to the Bench and also discussed the goals of the Commission as it approaches its 30th Anniversary of promoting racial and ethnic fairness within the New York State Courts.

The Court Officer Exam # 45-815 is postponed until further notice due to COVID-19. Applicants can check the link below periodically for updates. http://ww2.nycourts.gov/careers/COT-2020.shtml

Hate is a Virus Too

Hon. George Daniels is a federal judge for the United States District Court for the Southern District of New York. This year marks Judge Daniels’ twentieth year as a federal judge. He joined the court in 2000 after being nominated by President Bill Clinton. In 1995, Daniels was appointed by Governor George Pataki as Justice of the Supreme Court of the State of New York from 1995 to 2000. Judge Daniels also serves on the Franklin H. Williams Judicial Commission. 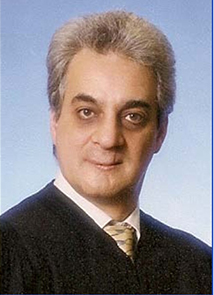 Hon. Robert E. Torres was appointed to the Appellate Term, First Department, which hears appeals from cases originating in the Civil and Criminal Courts in Manhattan and the Bronx. Judge Torres also serves on the Franklin H. Williams Judicial Commission. 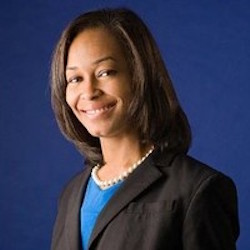 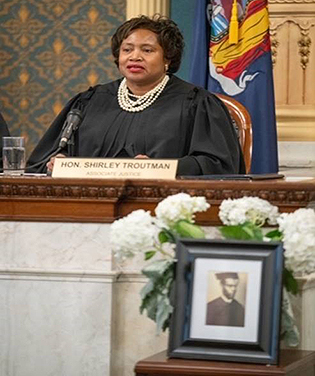 Members of the Franklin H. Williams Judicial Commission were in attendance for the posthumous admission ceremony of William Herbert Johnson.

Read the complete article on the Admission Ceremony

Swearing In of Lenora Foote Beavers 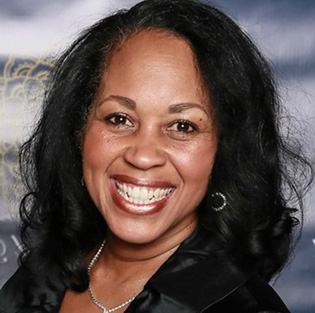 Congratulations to Lenora Foote Beavers, Esq., a member of the Franklin H. Williams Judicial Commission, who was sworn in as a Buffalo City Court Judge on Dec. 12, 2019, at the court. 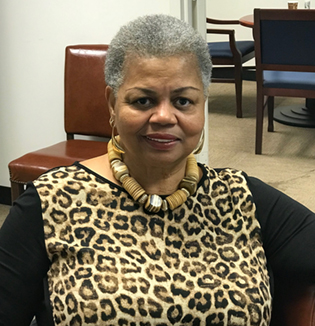 Congratulations to Joyce Y. Hartsfield, Esq., who has retired after serving more than two decades as the Executive Director of the Franklin H. Williams Judicial Commission.

More than 100 high school students from the Council on Unity attended a program sponsored by the Franklin H. Williams Judicial Commission designed to explain the role of the courts, promote the rule of law and jury service and interest young people in the legal and judicial professions. Justice Doris Ling-Cohan, Associate Justice of Appellate Term, First Department, and Nadine C. Johnson, Esq., Chief of Staff and Counsel to the Administrative Judge in Richmond County, Commissioners of the FWH Judicial Commission, were in attendance.

Justice Troutman currently serves as Associate Justice, Appellate Division, Fourth Department.  She previously served as a trial Judge in State Supreme Court in the 8th J.D.; a County Court judge in Erie County and a judge in Buffalo City Court.  Her public service includes being an assistant US Attorney Western District of New York.  Justice Troutman is graduate of SUNY Buffalo and J.D. from Albany Law School.

Justice Webber serves as Associate Justice, Appellate Division, First Department. She has been a dedicated public servant having previously served as a Judge in State Supreme Court, Bronx County-Criminal Term, Acting Surrogate in New York County, and a judge in New York City Civil Court.   Judge Webber served as Deputy Chief with the New York City Law Department. Judge Webber is a graduate of New York University and New York University School of Law.
The Commission looks forward to the leadership and continued commitment that each co-chair brings to diversity and racial and ethnic fairness issues for the courts.

Hon. Jamaal Bailey, Senator, District 36 welcomed the attendees and highlighted the importance of a diverse judiciary. 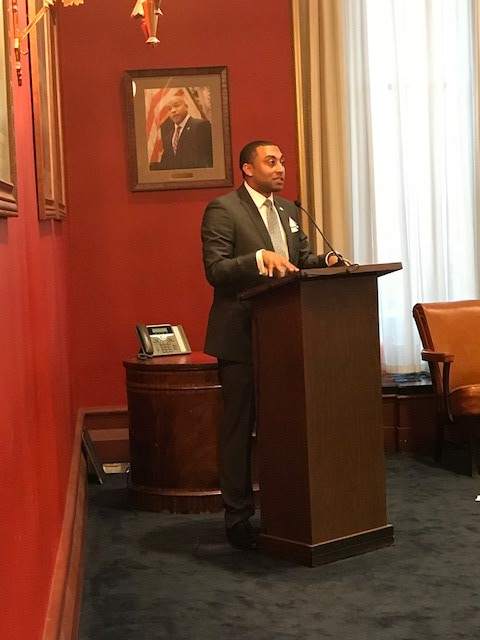 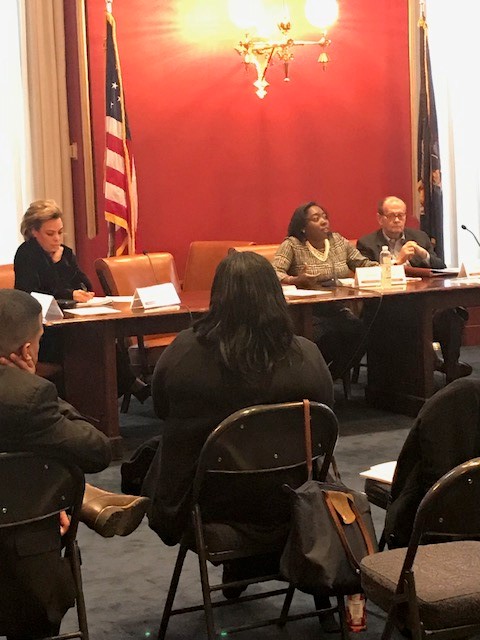 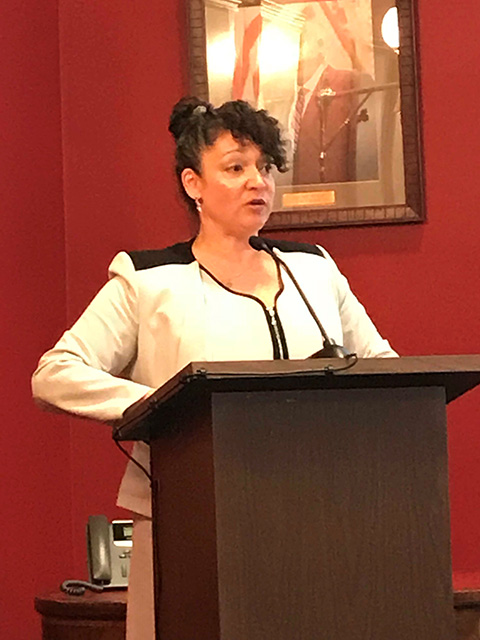 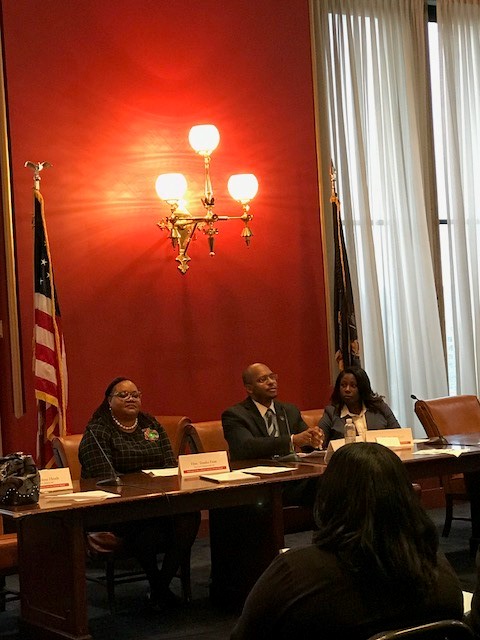 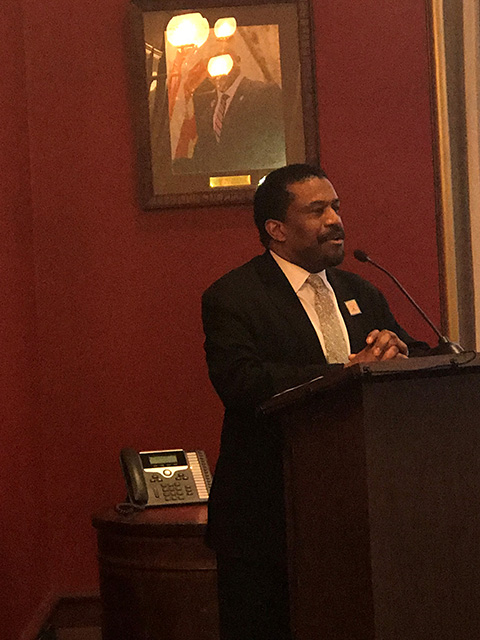 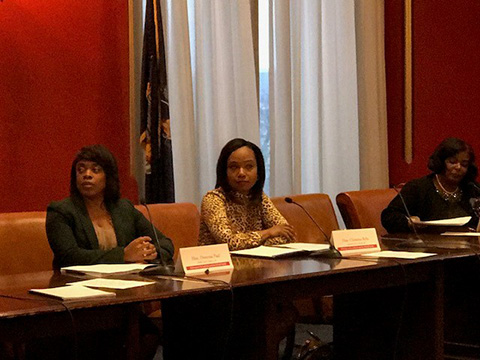 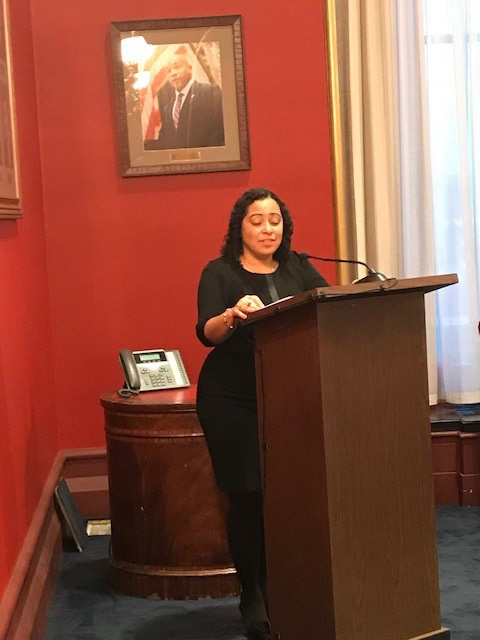 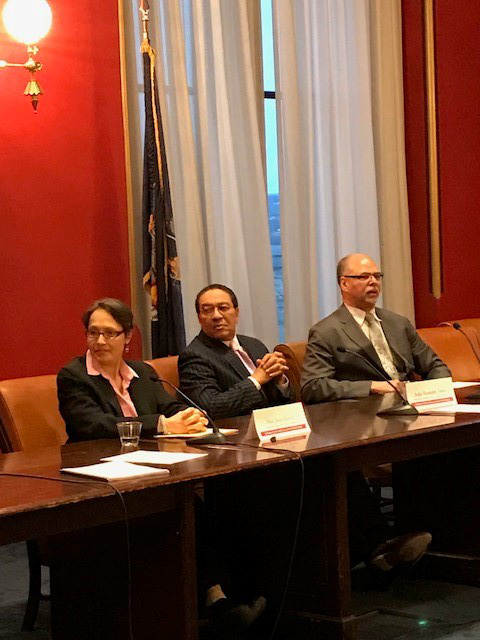 On February 20, 2018, the 28th Annual Program to Commemorate Black History Month occurred at the New York County Courthouse Rotunda.  The theme was "African Americans in Times of War."  The program was organized by the Unified Court System's Black History Month Committee, co-sponsored by the Tribune Society, Inc. of the Courts in New York State and the Judicial Friends Association.  The Master of Ceremonies was Hon. Milton A. Tingling, New York County Clerk.  Joyce Kendrik, supervising attorney of the Brooklyn Defender Services, Esq. impressed the audience with her musical selections. 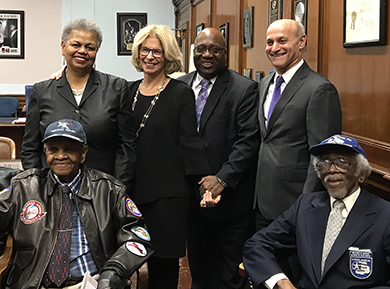 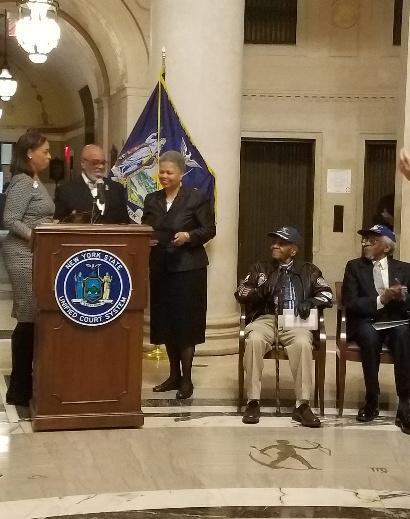 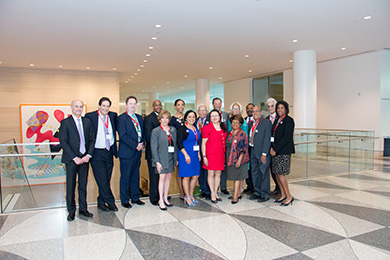 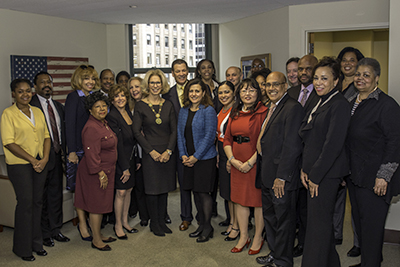 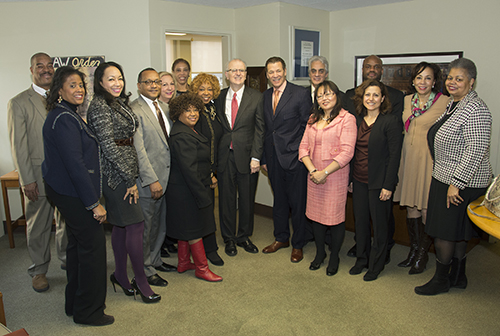 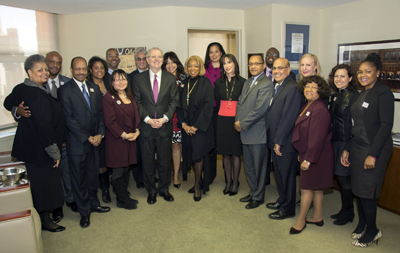