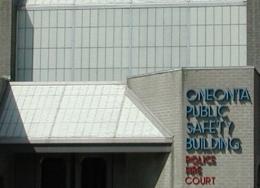 If either party to a small/commercial claims dispute or civil action believes that a City Court decision is legally incorrect, he/she may ask to have that determination reviewed by a judge of the Otsego County Court.

Before deciding to appeal the decision, there are certain matters that you should understand and consider before proceeding on an appeal:

Should you wish to proceed with an appeal of the decision of the City Court: