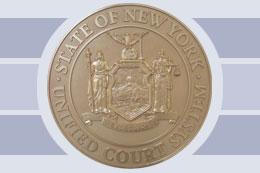 After a grand jury has been impaneled the court will appoint one of the grand jurors as foreman and another as acting foreman in the event the foreman is absent. The grand jury will be sworn in by the court.

Please report as directed on your summons to the County Court, 262 Old Country Road, Mineola 11501. Fill out the back of your summons in its entirety and bring it with you. If you have served as a juror in any court, within the past four years, please bring proof of service.