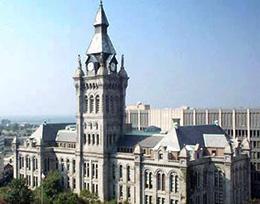 Across the country, the summary jury trial is increasingly becoming a part of the legal landscape. Texas, Florida and Virginia have incorporated this time and money saving alternative dispute resolution technique into their civil practice acts. Federal courts also make use of this tool, even in high exposure personal injury cases.

The Eighth Judicial District has pioneered the use of the summary jury trial in New York State. Our most extensive experience has been in Chautauqua County, where Supreme Court Justice Joseph Gerace, with the approval and assistance of former Administrative Judge Vincent E. Doyle, has compiled a convincing record of the program's success. Based upon the impressive results in Chautauqua County, summary jury trials are now being used in Erie and Niagara Counties, and are spreading to other areas of the state.

By successfully resolving nearly all of the cases in which it is used, with only a fraction of the resources the court and the parties would expend in preparing for and conducting a full trial, the summary jury trial is a potent tool for relieving calendar congestion. It also preserves a core value of our legal system, the resolution of disputes by a jury of ordinary citizens. Jurors benefit by fulfilling their civic duty with a minimum of inconvenience; courts benefit by freeing up valuable space on their calendars; and parties benefit by resolving their disputes in a prompt and cost-effective manner.

I am glad to have the opportunity to continue this exciting project and to oversee its ongoing growth. I am confident that judges and litigants will increasingly come to depend upon summary jury trials to efficiently resolve disputes.

The Success of Summary Jury Trials
The Jurist - Fall/Winter 2002