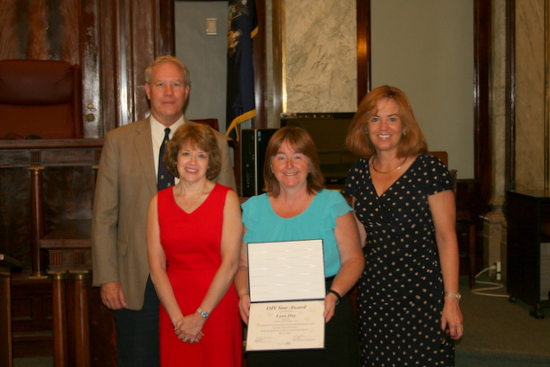 Recipients of the DIY Star Award are recognized for creating lasting change in court culture and work environment. Winners are selected upon a thorough review of court case managements statistics, program usage and user comments. Lynne earned the DIY Star Award because of her long-standing promotion of the DIY Form programs and the personal touch she provides when assisting unrepresented litigants in her court. Since the Small Estate Affidavit DIY Form program was rolled out in May 2009, Lynne has consistently returned the DIY User Surveys from the Cortland County Surrogate’s Court. User surveys identify how the litigant learned about the program. The Cortland Surrogate’s Court User Surveys always indicate that the court refers a high volume of litigants to the program. For example, in 2015, two-thirds of all Cortland Surrogate’s Court Small Estate Affidavit program users were referred to the DIY Form programs by Lynn and her staff. User surveys also identify where a litigant used the program. Many users completed the forms at one of the two public access computer terminals that Lynne set-up in the Cortland Surrogate’s Court Clerk’s Office. Most importantly, the case management statistics that Lynne reports every quarter reveal that over the past three years nearly 100% of unrepresented litigants filing Small Estate Affidavits are using the DIY Form program to make their court papers, and a high percentage of unrepresented litigants utilize the 17A Guardianship DIY Form program as well. 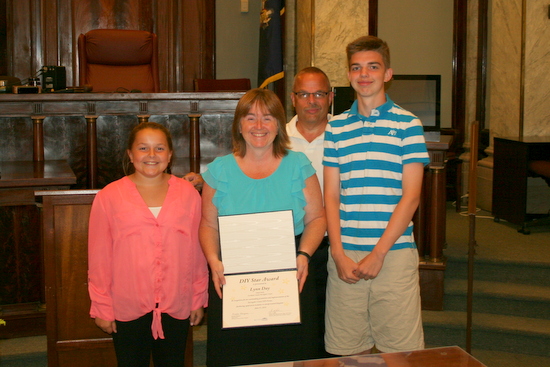 “I pride myself on a customer friendly office, the DIY program is one tool that assists us in that endeavor. I try very hard to treat court users how I would like to be treated. By encouraging court users to file proceedings using the DIY programs, it allows the user to gain a better understanding of legal terminology along with their role and responsibilities for the type of proceeding they are filing. Ultimately, the knowledge gained from the DIY program assists the user in filing a properly completed petition which leaves them with a positive experience both with our office and the court system in general. We’ve even had an 80 year old court user who was reluctant to use the computer give it a try and then at the end thank us for the experience.”

Often, the circumstances that lead to unrepresented litigants coming to Surrogate’s Court are emotionally charged. An unrepresented litigant may be using the Small Estate Affidavit program following the death of a loved one, or using the Article 17A Guardianship Petition program needed to help a mentally disabled family member. The Cortland Surrogate’s Court is lucky to have DIY Star Chief Clerk Lynne Day. As one user shared on a User Survey, “Lynne Day was very helpful to us at a most difficult time.” Lynne Day is the first Surrogate’s Court employee in the Sixth Judicial District to win a DIY Star Award.