The mission of the Unified Court System (UCS) is to deliver equal justice under the law and to achieve the just, fair and timely resolution of all matters that come before our courts.

In the service of our mission, the UCS is committed to operating with integrity and transparency, and to ensuring that all who enter or serve in our courts are treated with respect, dignity and professionalism. We affirm our responsibility to promote a court system free from any and all forms of bias and discrimination and to promote a judiciary and workforce that reflect the rich diversity of New York State.

We are working hard to restore all of our volunteer programs. Please check this page regularly to receive updates.

New and easy to follow instructions for making phone and video court appearances are here:
Virtual Court Appearances for the Public 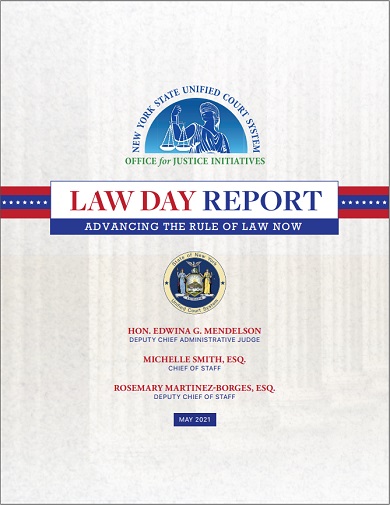 Have a legal problem?