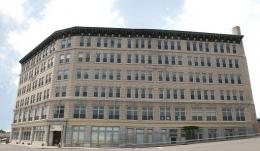 1777 - Appointed Judges "rode circuit"; court in some areas was held only a few times a year; there were no rules of procedure and little opportunity for appeals - trial judges had the final say.

1846 - A Constitutional Convention overhauled the state court system - the state was changing from a small, agrarian population to a more populated center of commerce; elected Judges served fixed terms of office in local judicial districts and a two-tier appellate system was created.

1876 - The Legislature enacted the first part of a new Code of Civil Procedure.

1880 - The Legislature enacted the second part of the Code of Civil Procedure.

1894 - Another Constitutional Convention left the court system largely unchanged, other than to create the four Departments of the Appellate Division.

1920 - The legislature enacted the Civil Practice Act of 1920, drafted by a Commission.

1953 - Governor Dewey and the Legislature formed the temporary Tweed Commission (named after its chair, lawyer Harrison Tweed) to conduct public and private hearings regarding the post-WWII court situation - caseload volume had grown to the point where court delay was a major problem and procedural reform was necessary.

1955 - The Legislature created the Judicial Conference to allow for periodic meetings of Judges to discuss problems and established the Office of State Administrator; their functions were merely advisory but allowed the permanent examination of court operations.

1958 - The Tweed Commission Report proposed reform through centralization of court administration, simplification of court structure, and continued supervision of the courts by the Judicial Conference and the Appellate Division.

1962 - A new Judiciary Article for the State Constitution, implementing many of the Tweed Commission recommendations, was approved by the Legislature and the voters; this article created the "Unified Court System," established the various trial courts, established the Administrative Board of the Judicial Conference (the Chief Judge of the Court of the Appellate Division), and conferred on the Appellate Divisions various administrative powers.

1973 - The Rockefeller Drug Laws increased the number of criminal cases before the courts; the court system faced constitutional limitations on the number of Supreme Court judgeships, so the Legislature enlarged the Court of Claims to permit judges appointed to that court by the Governor to hear criminal terms of Supreme Court.

1974 - The Administrative Board of the Judicial Conference delegated trial court management authority to a State Administrator, who could then fix terms of court and assign judges to them, including temporary assignments; a Deputy State Administrator similarly supervised all courts within New York City.

1976 - At an Extraordinary Session called by the governor, the Legislature approved the Unified Court System Budget Act, which made every judge and nonjudicial court employee of all state courts (other than Town and Village Justice Courts) State Employees.

1977 - The Legislature passed and voters approved a constitutional amendment that created a fully centralized system of court management under the direction of the Chief Judge and through daily control of the Chief Administrator/Chief Administrative Judge - essentially, a formal constitutional acknowledgment of the 1974 arrangement; the amendment also permitted the Governor to appoint Court of Appeals Judges pursuant to a merit selection system, rather than an election system.

1987 - The Legislature approved a package requiring local governments to evaluate and plan for maintenance and upkeep of courthouses; a State Board supervised the evaluation and established financial assistance and reimbursement for local governments.