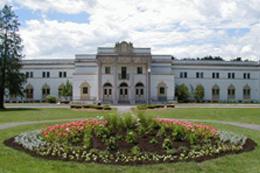 The Fourth Judicial District, comprising eleven counties, is located in the northeast sector of the state and is, geographically, the largest of New York State's judicial districts, constituting 26% of the state's land mass. The district borders Canada in the north, Vermont in the east, and extends south to and includes Schenectady County. Travel from one end of the district to the other takes four hours with the greatest part of the drive taking one through rural mountain areas on secondary roads.

The district's population is approximately 840,000, or 4.7% of the population of the state, with 65% of the populace concentrated in the six southern counties.Because of the Canadian border and the St. Lawrence Seaway there is considerable international trade in our district. There is manufacturing and agriculture. It is the vacation land of our State where tourism is a major industry. It has mountains, lakes and rivers, and the State's two principal superhighways run east to west and north to south through the District.