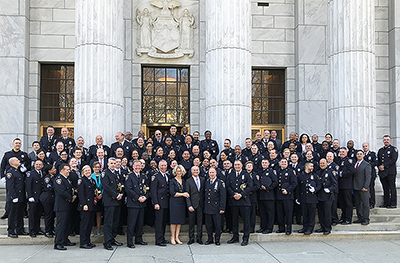 The ceremony opened with remarks from New York State Chief Judge Janet DiFiore and concluded with the presentation of the Judith Kaye Service awards by Chief Administrative Judge Lawrence Marks. There were a record number of honorees this year, eighty-four in all, exemplifying extraordinary acts of courage and kindness, charitable deeds, lifesaving actions and displays of valor.