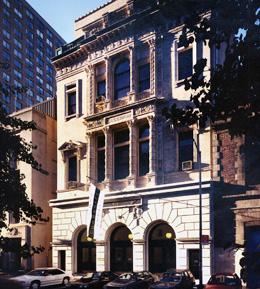 Certificate of Relief from Disabilities

Accusatory instrument - A written accusation filed with the court charging the defendant with one or more offenses.

Adjournment - A postponement of a criminal case.

Arraignment - The court proceeding during which a person is informed of the charges against him or her.

Arrest - When the police take a person into custody on probable cause with or without a warrant.

Bail and bail bonds - Bail refers to "cash bail" or a "bail bond". Cash bail means a sum of money, set by the court, posted by the defendant or any other person, upon the condition that the money will be forfeited to the state if the defendant does not comply with the directions of the court requiring his or her attendance at the criminal proceeding.

Bail bond is a form of bail and when this term is used in the Criminal Court it almost always refers to a bail bond issued by a recognized insurance company. It is a guarantee to the court by the insurance company that while the defendant is at liberty as a result of the posting of the bail bond, he or she will appear in court in the criminal action whenever his or her attendance is required. If the defendant fails to appear as required, the insurance company will pay to the Court the specified sum of money designated by the court which set the bail.

Bench warrant - A court order issued for a defendant's arrest if he or she fails to appear for a court proceeding other than an arraignment.

Certificate of Disposition - An official court document that indicates the current status of a case or its final disposition.

Certificate of Good Conduct - A certificate issued by the State Board of Parole to eligible persons who have two or more felony convictions and any number of misdemeanor convictions.  A Certificate of Good Conduct removes barriers to occupational licensing and the right to seek public office imposed by state or municipal law, and is proof of rehabilitation an employer is required by law to consider when an individual applies for a job.

Certificate of Relief from Civil Disabilities - A Certificate of relief from Civil Disabilities may be granted by the Court to a defendant who has been sentenced to a revocable sentence (probation,conditional discharge, etc.) or a sentence other than one executed by commitment to a state correctional facility. The Certificate relieves the eligible offender of any forfeiture or disability or removes any bar to his/her employment automatically imposed by law because of his/her conviction such as with state or municipal government. An application for a certificate can be obtained at the clerk's office of the court where the sentence was given. For more information see Article 23 of the Correction Law.

Conviction - When the court enters a plea of guilty or a finding of guilt by a jury or the Court.

Crime Victim Assistance Fee - A $5.00 fee imposed upon conviction of a felony, misdemeanor, or violation.

Defendant - A person or corporation charged with committing an offense.

Desk Appearance Ticket (DAT) - A written notice given by a police officer to a person arrested, requiring him/her to appear in court at a later date for arraignment.

Discovery - A legal process by which lawyers are entitled to find out information from their adversary in a pending case.

Evidence -Testimony and exhibits introduced at a hearing or a trial.

Exhibits - Physical evidence introduced at a hearing or trial.

Felony - An offense for which a sentence to a term of imprisonment in excess of one year may be imposed. For the purpose of sentence, felonies are divided into five categories or classes: A, B, C, D and E felonies. Class A felonies are divided into two sub-categories: A-I and A-II felonies. Class A felonies carry the longest jail sentences and class E felonies carry the shortest jail sentences for felony cases. Jail sentences for misdemeanor and violations or infractions are even shorter.

Fine - A sentence that requires the payment of money to the court.

Fingerprints - Reproductions of unique finger marks, which are used to identify people.

Grand Jury - A group of citizens who decide whether the prosecutor has enough evidence to pursue felony (and perhaps also misdemeanor) charges against a person.

Hearing - A court proceeding where testimony is given, exhibits are reviewed, and/or legal arguments are made to help a judge decide an issue in a case.

Indictment - A document that contains the felony (and perhaps also misdemeanor) charges that were voted by the grand jury.

Indigent - A person found by the court to be unable to afford to hire a lawyer or otherwise meet the expense of defending a criminal matter. If the defendant is determined to be indigent, a defense counsel is appointed by the court.

Jurisdiction - The power to hear and determine a case.

Mandatory Surcharge - A fee that is imposed upon a defendant when he/she has been convicted of an offense. It is separate and distinct from any fine which the court may have imposed.

Misdemeanor - A specific type of offense for which a person may be sentenced to more than 15 days but not more than one year in jail.

Motion - A request made, by one of the parties to a criminal action, seeking some sort of relief.

Notarize - To attest or acknowledge.

Offense - Conduct for which a person may be sentenced to a fine or jail. This is a very broad term and includes felonies, misdemeanors, violations and infractions.

Order of protection - A court order setting forth conditions of behavior which must be complied with by one of the parties in a criminal action. Usually the complainant requests the order and the defendant must abide by the conditions set forth therein.

Plea bargain - An agreement between the defendant, a judge, and a prosecutor in which the defendant admits guilt, usually in exchange for a promise that a particular sentence will be imposed.

Plead guilty (guilty plea) - When defendant admits to having committed a charged offense.

Prosecutor - A lawyer who represents the government in criminal cases (also known as the Assistant District Attorney or A.D.A., the People, or the prosecution).

Release on Recognizance (ROR) - To be released from custody without bail while a case is pending. This is often referred to as parole.

Sentence - A punishment prescribed by law and imposed by a judge following a conviction.

Summons - An appearance ticket requiring a defendant to appear before the court for arraignment on an underlying accusatory instrument.

Testify (testimony) - To speak under oath.

Traffic infraction - A violation of the New York State Vehicle and Traffic Law that has not been classified a misdemeanor or felony. It is considered a petty offense.

Trial - A court proceeding during which a judge or jury decides whether a person is guilty or not guilty of the charges against him or her.

Violation - An offense for which a person may be sentenced to no more than 15 days in jail.