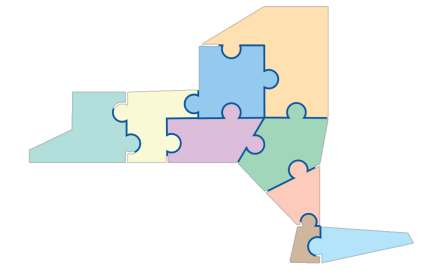 In 2019, Chief Judge Janet DiFiore announced the Presumptive ADR Program, a statewide initiative in which civil cases would be referred to ADR to resolve matters early and effectively.

Presumptive ADR is supported by the Statewide ADR Advisory Committee, which was established in 2018, and which released an interim report of its findings and recommendations.

Implementation of the Presumptive ADR initiative is overseen by the offices of the Deputy Chief Administrative Judges for Courts inside and outside New York City in collaboration with the Statewide ADR Office and other units within the Office of Court Administration.

To find a mediator, you may use the Statewide Mediator Directory, which lists mediators who are approved to mediate in trial courts in New York State.

To assist with onboarding qualified neutrals to serve as mediators for court cases, there is now a Statewide Mediator Application – a single application that mediators can use to apply to join a mediation roster in the trial courts.

To assist in implementing Presumptive ADR, the Statewide Office of Alternative Dispute Resolution created a central on-line location for court staff to share resources that can be helpful in developing local rules, orders, forms, and tools that can be tailored to the needs of individual courts and case types. Access Sharepoint Site (court staff only).