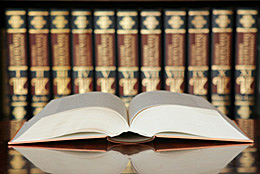 The Supreme Court Law Library of Queens has been a selective New York state depository library since 1911. Since that time we have amassed a collection of thousands of state and New York City documents consisting of Joint Legislative committee reports, bill summaries, assembly and senate committee reports and reports of state executive agencies. The decisions of dozens of state and city agencies are also available.

The library collection is particularly strong in materials from the first half of the twentieth century. Materials are selected to complement and supplement the jurisdiction of the Supreme Court and the local courts (NYC) of the NYS Unified Court System.