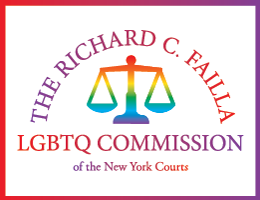 Jacob Turns 25: Where We’ve Been and Where We’re Going With LGBTQ Family Law in New York

Dedicated to the enduring legacy of Justice Ruth Bader Ginsburg

A Look Back on Matter of Jacob

An Overview of the Child-Parent Security Act

*The views expressed in the panels of this conference are those of the individual speakers and do not necessarily represent or reflect the positions of the Richard C. Failla LGBTQ Commission, the Office of Court Administration, or the New York State Unified Court System.