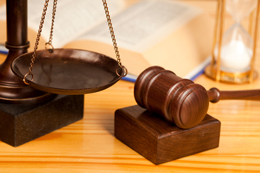 In today’s highly charged political climate, government lawyers at all levels face unprecedented ethical challenges. Whether they are employed by elected officials with agendas or government agencies untainted by politics, government lawyers often must make decisions that reflect a clash between what the ethical rules require and their superiors demand. In fact, there is a growing consensus that the rules are frequently unclear and in any event need revision, but there is no agreement as to how.

Under the auspices of the Chief Judge of the State of New York, the New York State Judicial Institute on Professionalism in the Law and the Commission to Reimagine the Future of New York’s Courts, this Convocation brought together some of the most outstanding professionals, with decades of experience as government lawyers --  from a former U.S. Attorney General and two former U.S. Solicitors General to lawyers for local entities such as school boards and academics who have examined the issues in depth -- to address these critical issues.

The virtual Convocation was held virtually on Thursday October 14, 2021, 11:00a.m - 4:00pm ET. The Convocation began with a conversation between Paul Clement, former Solicitor General and Neal Katyal, former Acting Solicitor General. This was followed by three panel discussions by distinguished and experienced lawyers and academics.

The period to apply for Continuing Legal Education Credits has ended.

If you timely filed your signed affirmation of attendance with the correct CLE codes added, the New York State Judicial Institute will email you a certificate of attendance indicating your earned CLE credit within 60 days.

This Convocation provided a general overview and discussion of the ethical challenges facing government lawyers. None of the statements made here were made on behalf of the Judicial Institute on Professionalism in the Law, the Commission to Reimagine the Future of New York’s Courts, or the New York State Unified Court System. Further, none of the statements made during the Convocation constituted legal advice by any of the presenters.

Additionally, sincere gratitude and appreciation is offered to the members of the 2021 Convocation Planning Committee: