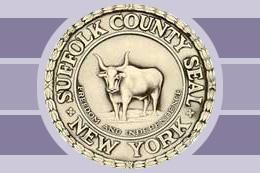 Structure of the Courts

Structure of the Courts Diagram

PART I - STRUCTURE & JURISDICTION OF THE COURTS

The Unified Court System consists of the following courts and court-related agencies:

*primarily a trial court, but in some jurisdictions also hears appeals from local courts
**locally-funded courts

The courts of the state have been divided into four judicial departments and twelve judicial districts.

The jurisdiction of each court is established either by Article VI of the New York State Constitution or by statute. The courts of original jurisdiction, or trial courts, hear cases in the first instance, and the appellate courts hear and determine appeals from the decision of the trial courts.

Court of Appeals
The Court of Appeals, the highest court in New York State, hears cases on appeal from the other appellate courts and, in some instances, from the courts of original jurisdiction. In most cases, its review is limited to questions of law.

County Court
Although the County Court is primarily a trial court, in the Third and Fourth Departments it also has appellate jurisdiction over cases originating in City, Town and Village Courts. Appeals from the County Courts are generally heard in the Appellate Division.

Family Court
The Family Court is established in each county and in the City of New York. It has jurisdiction over matters involving children and families. Its caseload consists largely of proceedings involving support of dependent relatives, juvenile delinquency, child protection, persons in need of supervision, review and approval of foster care placements, paternity determinations and family offenses.

New York City Civil Court
The Civil Court of the City of New York tries civil cases involving amounts up to $25,000 and other civil matters referred to it by the Supreme Court. It includes a small claims part for informal dispositions of matters not exceeding $3,000 and a housing part for landlord-tenant matters and housing code violations.

County Court
The County Court is established in each county outside New York City. It is authorized to handle the prosecution of all crimes committed within the county, although in practice arraignments and other preliminary proceedings on felonies and trials of misdemeanors and minor offenses are handled by courts of limited jurisdiction. The County Court also has limited jurisdiction in civil cases involving amounts up to $25,000. In some counties outside of New York City, the County Court judge also functions as the Family Court judge or Surrogate or both. In these instances, the judge is referred to as a multi-hat judge.

City Courts Outside New York City
City Courts exist in 61 cities and have criminal jurisdiction over misdemeanors and lesser offenses and civil jurisdiction over claims of up to $15,000. Some City Courts have separate parts to handle small claims or housing matters. City Court judges act as arraigning magistrates and conduct preliminary hearings in felony cases.

The major functions of the Appellate Auxiliary Operations include the State Reporter, State Board of Law Examiners, Candidate Fitness Program, Assigned Counsel Program, Law Guardian Program, Attorney Discipline Program and the Mental Hygiene Legal Service Program. With the exception of the State Reporter and the State Board of Law Examiners, which are operated under the direction of the Court of Appeals, all of the above programs are administered under the supervision of the Presiding Justice of each of the Appellate Divisions.

State Reporter
The State Reporter runs the Law Reporting Bureau under the general supervision of the Court of Appeals. The State Reporter provides to the judiciary, lawyers and the public, the published opinions and decisions of the courts considered to be noteworthy as precedent or which are of public interest.

Attorney Discipline Program
Through the Attorney Discipline Program, appointed committees conduct investigations of attorney misconduct, and, in more serious cases, prosecute charges before the Appellate Divisions, which then may result in suspension of disbarment of the accused. The purpose of the program is to protect the public from lawyers who are incompetent or unethical.

Attorneys for Children Program
The Attorneys for Children Program administers the providing of counsel by the court to minors in certain proceedings in Family Court, such as juvenile delinquency, persons in need of supervision, and child protective proceedings. The court has the discretion to appoint an Attorney for the Child to represent a minor in any proceeding when such representation will serve the purposes of the Family Court Act.

Commissioners of Jurors and County Clerks
The Juror Information Offices are responsible for supplying the trial courts with prospective jurors and for the management of a variety of functions related to discharging this responsibility, including summoning and qualification of citizens for jury service, the maintenance of juror service records, and the operation of juror assembly rooms.

In New York City, the five County Clerks serve as Commissioners of Jurors and also perform a variety of non-jury functions, including the maintenance of Supreme Court case records, the qualification of notaries public and Commissioners of Deeds, the filing of corporation and business certificates, and the processing of passports. Outside the City of New York, County Clerks are elected county-paid officials who, in addition to many record-keeping functions unrelated to the courts, maintain County Court and Supreme Court records.

Court Law Libraries
Court law libraries serve as major legal research centers and often serve as the only legal reference resources available to the bench, bar and public. There is a public access law library in each county.

The Chief Judge establishes statewide standards and administrative policies after consultation with the Administrative Board of the Courts and promulgates these after approval by the Court of Appeals.

The Division of Financial Management coordinates the preparation and implementation of the judiciary budget and is responsible for promulgation of fiscal policies and procedures, revenue and expenditure monitoring, control and reporting, general accounting operations, and coordination of the fiscal aspects of the Court Facilities Aid Program.

The Division of Technology is responsible for the development, implementation and oversight of automation and telecommunication services that support court operations and administrative functions.

The Division of Legal Information and Records Management coordinates the law library and the records management functions of the court system.

The Division of Court Operations works with the trial courts in implementing new initiatives and in identifying and addressing operational issues.

A separate Office of Internal Affairs assists management in attaining system goals by conducting internal audits (including internal control reviews) of all court and agency operations of the judiciary and reporting findings to the Chief Administrative Judge. The Office of Internal Affairs also includes the Inspector General, who investigates allegations of misconduct by nonjudicial employees of the court system, and the Special Inspector General for Bias Complaints, who investigates discrimination complaints.

The Office of Public Affairs is responsible for press relations and intergovernmental affairs.

The Office of Administrative Services provides a wide range of general support service to the courts, including centralized purchasing, supply and printing.

Counsel's Office prepares and analyzes legislation, represents the Unified Court System in litigation, and provides various other forms of legal assistance to the Chief Administrative Judge.

Complaints against a judge or justice involving an alleged violation of the Rules of Judicial Conduct should be made directly to: State Commission on Judicial Conduct, 801 Second Avenue, New York, NY 10017