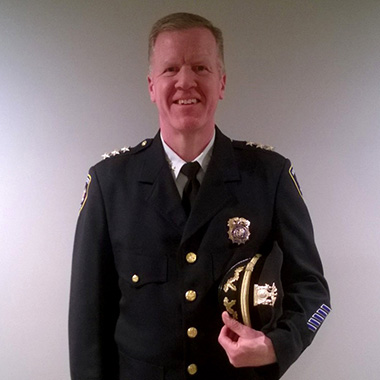 Sean Egan has been named Chief of Security for Courts Outside New York City, charged with overseeing the implementation of security and safety policies and procedures in all trial-level courts in the 57 counties outside New York City. Previously, he served as Chief and Commanding Officer of the Fifth Judicial District, with oversight responsibility for all security-related operations in the trial courts in Herkimer, Jefferson, Lewis, Oneida, Onondaga and Oswego counties.

A graduate of St. Francis College, Sean began his court career in 1991 as a Court Officer in Kings County Criminal Court. He was promoted to Sergeant in 1996 and rose steadily through the ranks, earning the title of two-star Chief in 2009. He fills a vacancy created by the retirement of Chief Sean McCartney, who served the court system with distinction over a career spanning more than three decades.