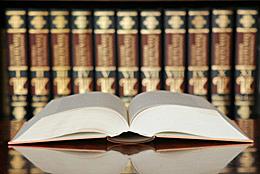 Due to the February 2015 fire at Recall/Citistorage, many Records and Briefs from the Third and Fourth Departments, from 1929-1960, have been destroyed. In addition, access to all Records and Briefs is delayed until further notice.

The Brooklyn Supreme Court Law Library has records and briefs for cases starting from 1862 to the present. Materials from 1862 to 1993 must be retrieved from an off-site storage service. Allow twenty-four to forty-eight hours for delivery of off-site materials. After 1983, records and briefs for all four appellate departments are stored in micro-fiche. The library has a micro-fiche reader printer and does not charge for printing out the first twenty-five pages of a brief. See a librarian for assistance in retrieving files. Records and briefs are not allowed to circulate.

The indexes to the pre-1983 materials are the original court clerk ledger books. The information available in each ledge book is limited to the names of the parties, entered by plaintiff, month and year that the case was filed with the clerk and the number of the volume in which the record and brief is filed. Some entries include New York Reports cite, but there is no consistency. Records and briefs can be logged any time within a year before or after a decision and the party names can be abbreviated imaginatively.

Court of Appeals Briefs for the years preceding 1993 can be retrieved locally. The names of the plaintiff and defendant are necessary as well as the approximate date that the case was filed or published. Be aware that these local records may not be complete. At one time, the Brooklyn Supreme Court Law Library received depository copies of briefs from the Court of Appeals’ Clerk if extra copies were available for distribution. The Brooklyn Law Library received no checklist from the Court of Appeals to verify completeness of the records.

Court of Appeals briefs can be obtained from the State Library, the State Archives, or a commercial service. The Court of Appeals Clerk has a case management database that is not available to the public, but the clerk will take calls from the public if attorneys want to verify the status of a file. Call (518) 455-7701, 7702. There is no subject index to the briefs other than the Court Reporter’s case index on CD-ROM or the West Digest.

Court Records Services (CRS) has copies of the Court of Appeals briefs on microfilm and a subscription is available for a charge. Briefs are available for cases in Volumes 82 NY2d thru 91 New York Reports 2d. Retrospective coverage covers the New York Reports First Series Volumes 1 thru 266. Court Records Services also has an Internet site that allow on-line ordering of briefs starting at $25. For more information call 1-800-662-7790 or go to briefserve.com. The CRS briefs are complete and authorized by the state. Many law schools have this set. For more information call 215-535-7790.

The Court of Appeals also creates a bound, archival copy of each record and brief. These volumes comprise the State's archive of the records and briefs and are transferred to the State Archives, (518) 474-8955, after 5 years. The State Archives will make copies at 25 cents per page, but only if photocopying will not damage the book. All of the volumes are available for viewing in the Archives' Reading Room. Contact the State Archives for more information. Before transfer to the State Archives, the documents are available for viewing at the Court of Appeals, and all requests for copies are referred to the State Library or CRS, Inc. However, until such time as CRS has created the master fiche, the Court retains a "loaner copy" of each record and brief. Attorneys may borrow the loaner set for a period of up to two weeks. The borrower must pay the cost of shipping to and from the Court via UPS, FED-EX etc (i.e. a traceable mail service).

No matter which set is consulted, there will be some papers that are unavailable, either because they are sealed by the courts or because papers were not available for copying (e.g., certified questions where the papers are returned to the court certifying the question).

Appellate Division briefs from 1921-1984 are available in bound volumes that must be retrieved from a local off-site storage facility.

The New York State Archives holds records and briefs on appeal for the Supreme Court- Appellate Division (Second Department) for the years between 1896-1935 (series J2004). There is no index or finding aids available.

The law library does not have briefs for any Supreme Court Miscellaneous Reports cases, except for the historical material listed below. Contact the Court Clerk for the court to find out how briefs can be retrieved.