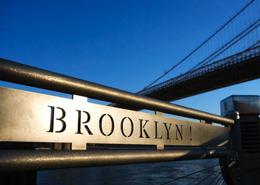 The Integrated Domestic Violence Court Model provides an opportunity to address the myriad of inter-related family problems that may bring a family into the court system in a comprehensive manner while providing integrated service delivery and improving both court efficiency and informed judicial decision-making.

Kings County Supreme Court’s Integrated Domestic Violence Court coordinates court action for families affected by domestic violence by bringing related cases involving the same family before a single judge and providing complete information about family issues to aid in judicial decision-making. This court also concentrate resources and services in one court to address the many needs of the families being serviced.

The IDV Court is designed to promote:Informed judicial decision-making, by obtaining comprehensive and up-to-date information on all issues involving the family; protection of the rights of all litigants; victim safety through the elimination of conflicting orders and diligent monitoring of offender compliance with court orders; consistent handling of all matters relating to the same family by a single judge; efficient use of court resources, with reduced numbers of court appearances and speedier dispositions due to the greater availability of information and consolidation of court operations; coordinated response and greater collaboration among criminal justice and child welfare agencies and community based groups offering assistance and services to domestic violence victims and the children in these families; and increased confidence in the court system by reducing inefficiencies for litigants and duplications within the court system.

The Brooklyn Treatment Court (BTC) offers substance abuse treatment as an alternative to incarceration for nonviolent felony and misdemeanor drug offenders arrested in Brooklyn, New York. The Brooklyn Treatment Court emerged out of the realization that criminal behavior among drug-addicted offenders often results from having to support a drug addiction, not from deep-seated criminality.